I independently arrived at something very similar to Samuel’s 40-part solution, but with the gear bits in a mirror-image orientation, which seems to make things a little more compact: 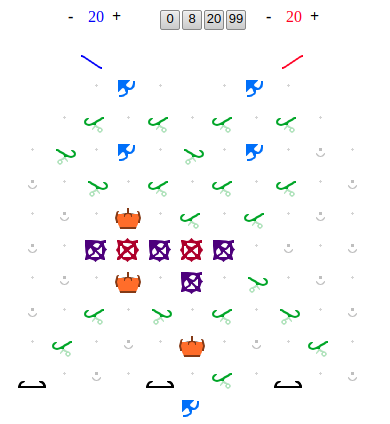 The blue lever is used to start, and the output will always be a red ball. There appears to be a condition where a ball could fall off the left-most gear bit, but in practice this won’t happen because a red ball always winds up in one of the interrupters before a blue ball can come through with the gear bits pointing right.

I’ll see your 37 parts and raise you an always output blue (matching the illustration): start with the red lever.

Nice! I came up with an almost identical solution, but it looks like you saved a red gear: 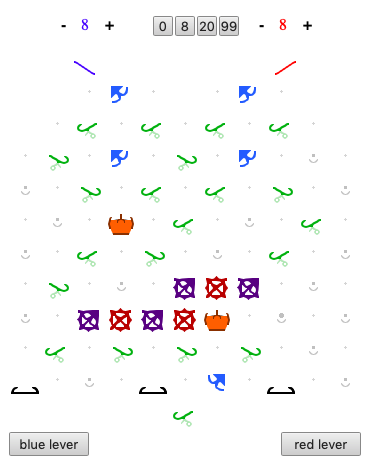