TT as a cellular automaton 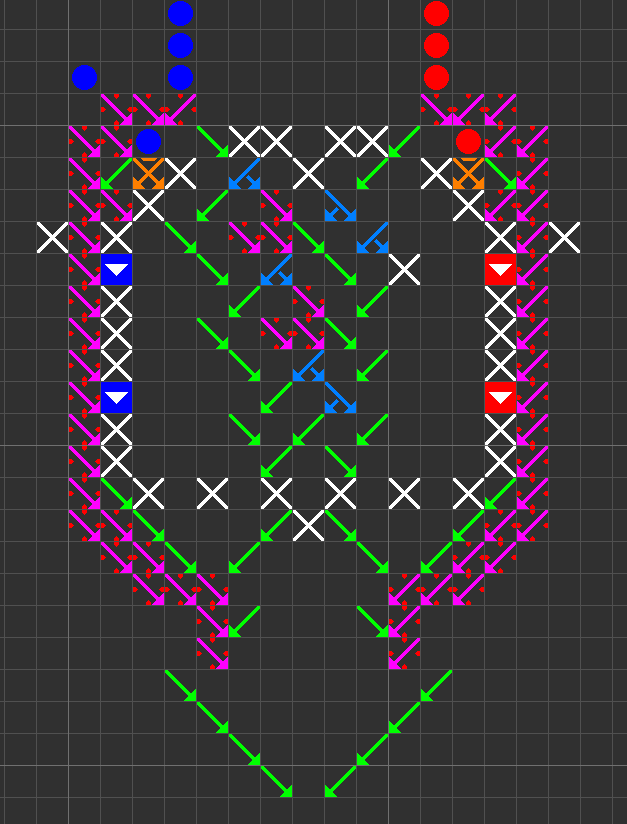 I made a cellular automaton rule that roughly simulates Turing Tumble! It is written as a .rule file that can be used with the free program Golly.

Some notes about this implementation:

Copy the rule from here, and paste it into an open Golly window. Then you can paste in the basic board:

Wow this is very cool! It will take a while to remember the symbols, but this will be much faster than TT.

What is a cellular automaton? Thanks, Hudson!

Golly is capable of simulating lots of different cellular automata. If you download it, I recommend exploring the built-in examples.